Press Conference to World Media and Entertainer at Dinner 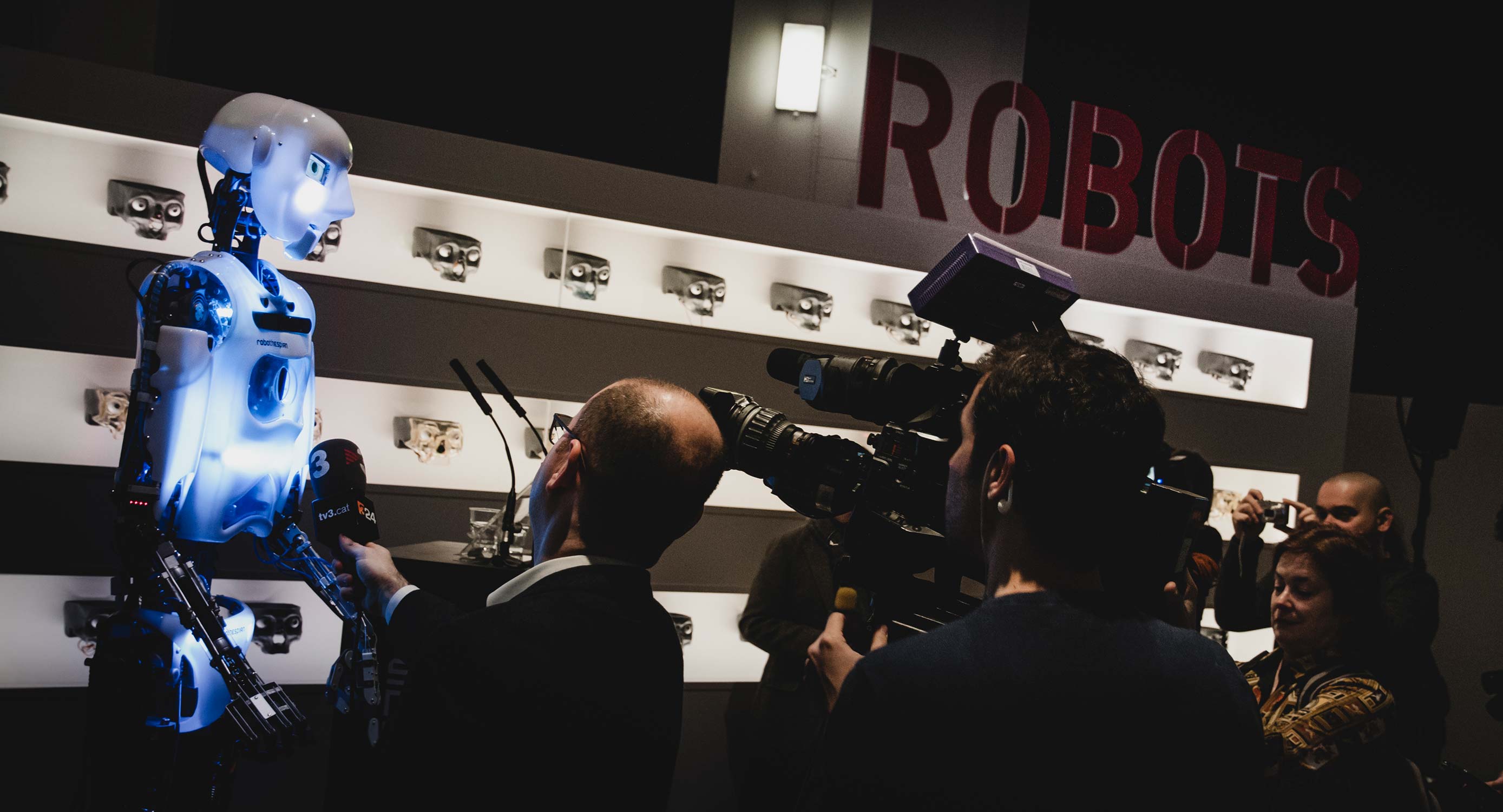 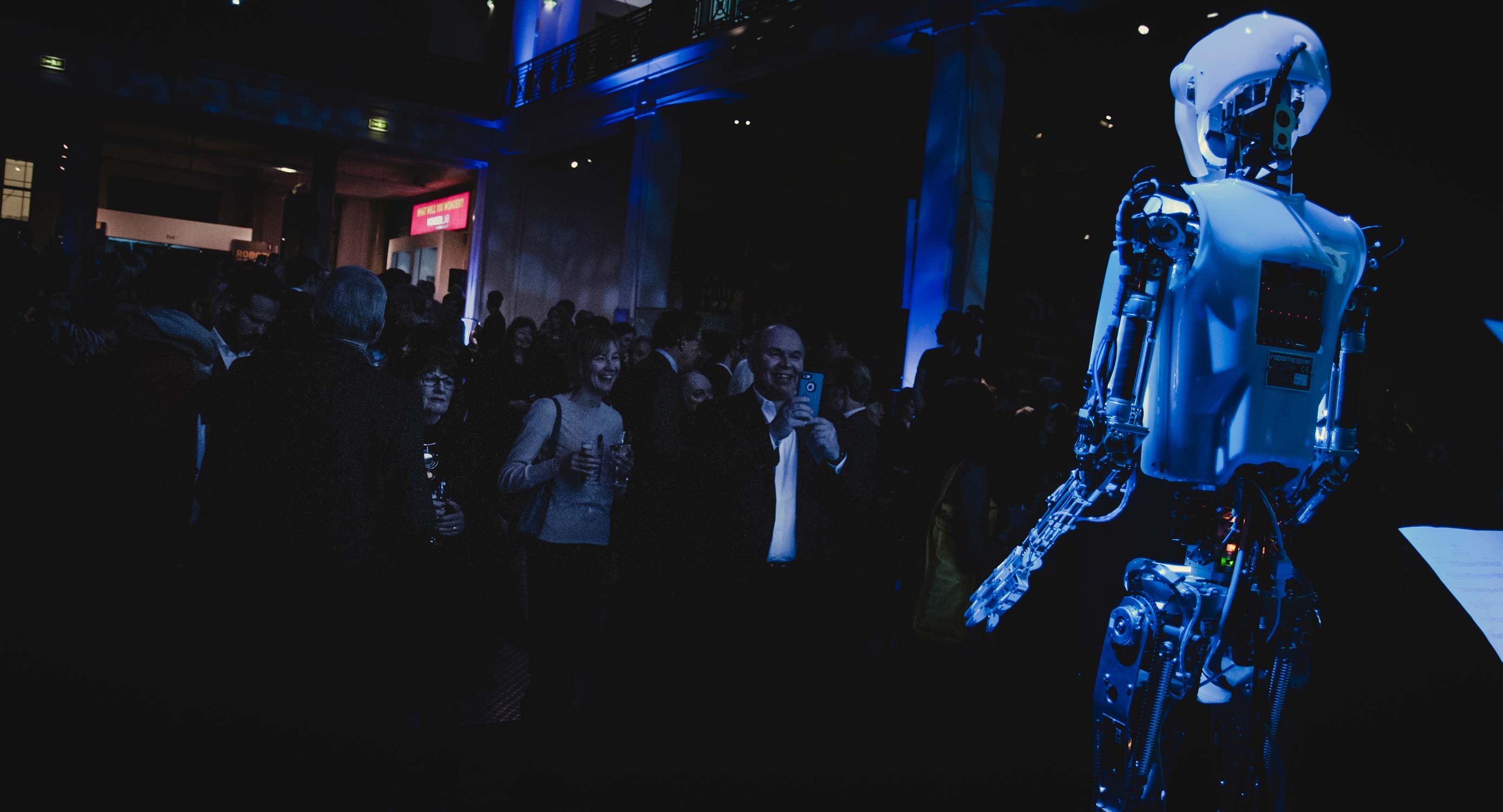 In 2017 London Science Museum created a stunning exhibition called ‘Robots’. Featuring many wonderful robots from the past and present. This collection included a RoboThespian purchased from Engineered Arts as a ‘permanent installation’. This permanent install would run 7 days a week for the entirety of the museum’s opening hours. Performing a number of pre-set routines, along with autonomous behaviour, recognising when people were in front of him, estimating their age, gender, mood and number and respond accordingly.

As well as this purchased RoboThespian. Science Museum London recognised RoboThespian’s ability to grab peoples attention. So they rented another robot for the exhibition launch day. One that would officially launch the exhibition at a press conference attended by world media. One that would impress with it both it’s expressive abilities, but more impressively, be able to respond to journalists’ questions on the fly. No AI or chatbot is currently at the point where this can be done effectively. This where used TinMan. Our intuitive telepresence software. It’s like Skype, only you’re a robot. We set up one of the leaders of the museum with the TinMan workstation, hid him somewhere else in the museum, and let him conduct the press conference. This was extremely effective because all of his knowledge, enthusiasm and charisma were instantly relayed through the robot.

The event and furthermore the exhibition was a great success. A large amount of media organisations covered the launch and the exhibition and RoboThespian, really helped to grab the attention of the media, and the media were able to capture imagination of prospective visitors.