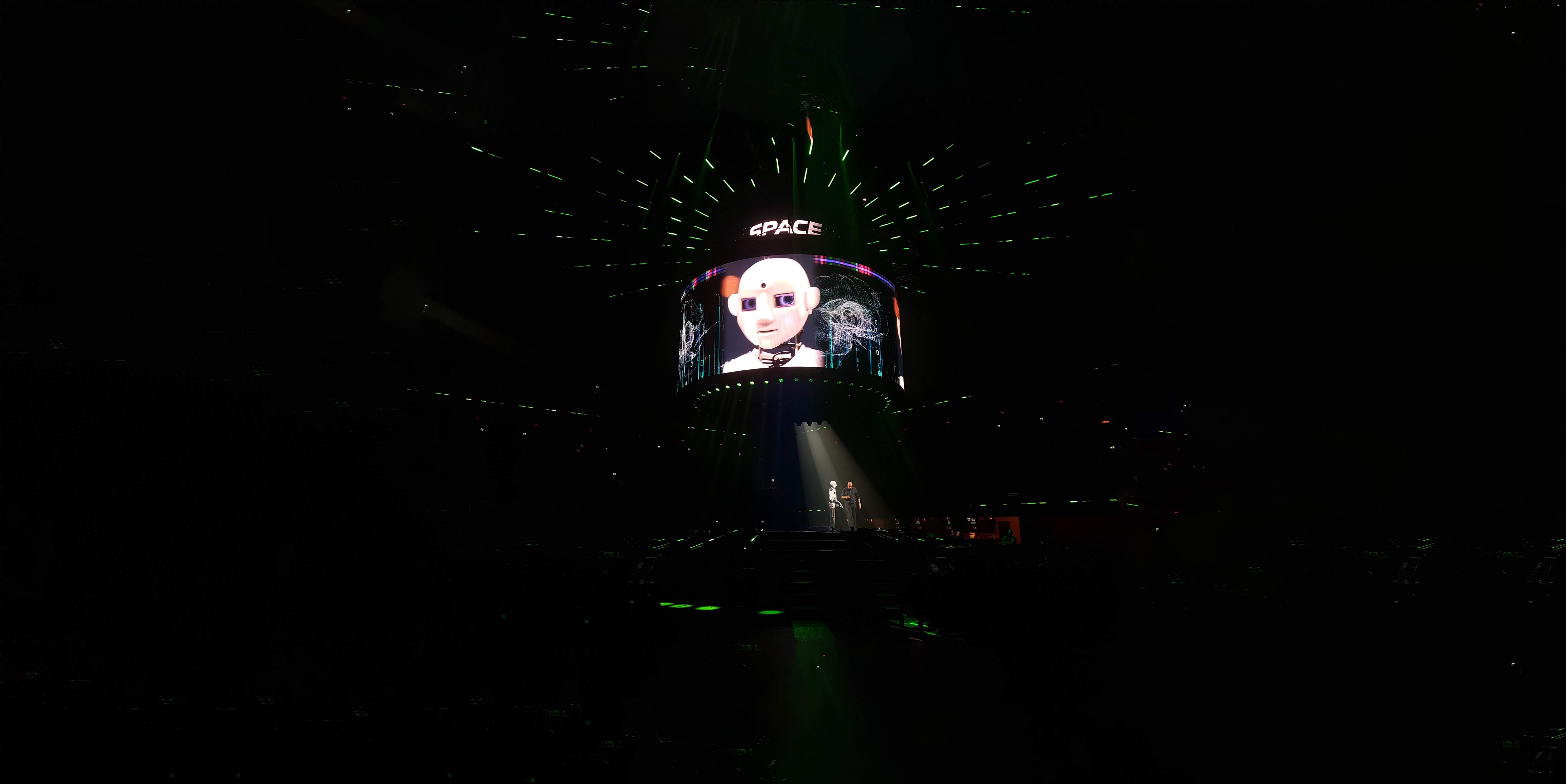 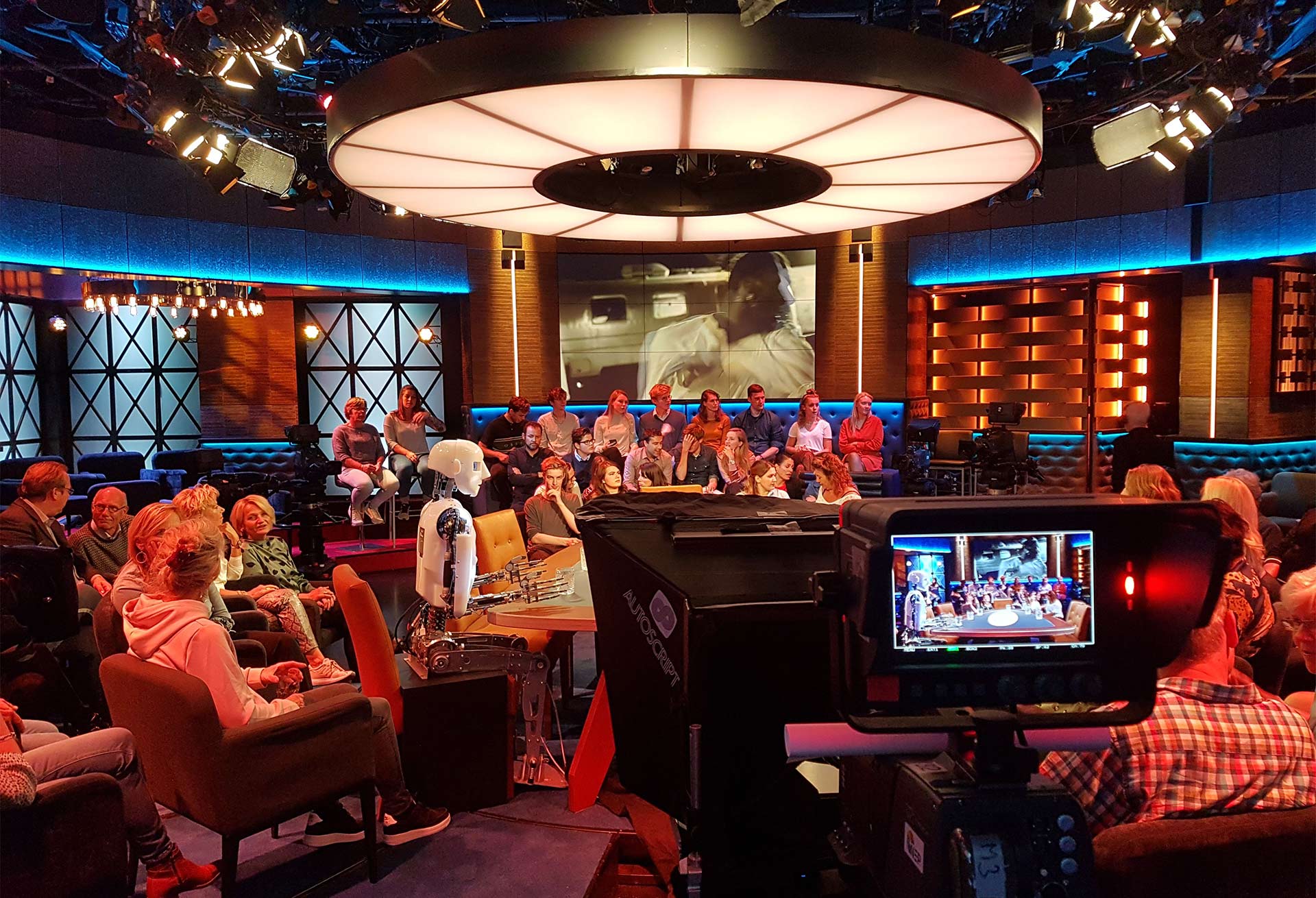 How do you make an awesome stadium show, about space, hosted by a real-life astronaut, even more awesome? Add a robot of-course! After sell-out shows in 2017. André Kuipers needed a way to up the ante. Step in RoboThespian. RoboThespian was the co-star of SpaceXperience Live. He was operated from a quiet room in the stadium, by a native Dutch speaker. Although scripted, all performance and movements of the robot were done on the fly. The operator could hear what was being said by André on stage and could see the view from the robot’s point of view. This meant he could react in realtime to any slight changes in delivery. This allowed for a performance that was human-like in its spontaneity. This helped to sell the idea of the conscious humanoid robot we (especially children) dream of.

RoboThespian also appeared alongside André in a Prime-time Dutch current affairs show Pauw. The two teamed up to promote SpaceXperience Live. The format of the show is hosts and guests sat around a large table talking. As standard, RoboThespian‘s legs are straight. But to make sure he didn’t stick out from the rest of the set. We fitted RoboThespian with legs in a squatting position on a chair. RoboThespian’s behind the scenes actor was on hand again, to present to the people of the Nederlands, the ultimate chat-show robot. All of the remote operation was enabled by the robots being web-connected and Engineered Arts’  telepresence software ‘TinMan’.